San Francisco, California – March 26, 2018. Jason McDonald, a San Francisco Bay Area expert consultant in SEO and social media marketing at http://jasonmcdonald.org/, is proud to announce an interview on the current Facebook privacy crisis in the wake of the Cambridge Analytica revelations. The interview was released on Friday, March 23, 2018, on the ‘School for Startups Radio’ hosted by Jim Beach. 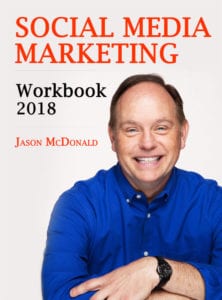 “The political aspect of the scandal, while interesting, was not my focus in the Jim Beach interview,” explained Dr. McDonald, Director of the Jason McDonald SEO Consulting Agency. “Instead, Jim and I discussed what this tells us, as marketers, about Facebook and where the continued opportunities will be on the world’s largest social media platform.”

Persons interested in listening to the interview can retrieve it at http://schoolforstartupsradio.com/2018/03/inner-critic/.  Small business owners and marketers who would like to get a copy of Jason’s the 2018 Social Media Marketing book can visit https://amzn.to/2GbPweP. Bloggers, podcasters, and journalists who would like to know more about Jason’s can request zero cost review copies, or reach out to Jason for interview opportunities.

THE DECLINE OF FACEBOOK ORGANIC REACH: THE REAL STORY


For those working in the area of social media marketing, the real story behind the Cambridge Analytica scandal isn’t just about politics, fake news, and Facebook’s cavalier attitude towards user privacy concerns. It’s also about the decline in organic reach on Facebook. As the Facebook “news feed” becomes more and more cluttered and as Facebook continually de-emphasizes posts by businesses over posts by friends and family, it is increasingly difficult for the average business to reach customers on Facebook without paying. This then drives them into advertising. Facebook has a huge audience, and demographic targeting makes that audience attractive to advertisers. However, as Facebook is roiled by this scandal, the quid pro quo of selling access to users based on demographic data looks increasingly doubtful. In the short run, Jason explains in the interview, nothing has changed. Facebook remains a critically important venue for digital advertising. In the long run, however, Facebook has to find a better solution to respecting user privacy concerns, on the one hand, and selling access to that data on the other.

Jason McDonald is director of The JM Internet Group, a leading online training company. He received his Ph.D. from the University of California, Berkeley, in 1992, and now both teaches and consults to San Francisco Bay Area businesses in SEO, Social Media Marketing, and AdWords. In addition to those services, he has been recognized as an expert witness in litigation on Internet marketing. He has several popular books on Amazon on the topic of Internet marketing.