You know that pop song the talks about never losing your sense of wonder? I think it has something to do about shut up and dance? Well, every time I set foot in an airport, or watch an airplane take off, or land, I try not to lose my sense of wonder. As we take off from one of the San Francisco Bay Area airports, I often tell my kids about how excited I am about air travel, and about how in pioneer days it might have taken someone literally months to cross the United States.

Recently, I was lucky enough to work as an expert witness in a search engine optimization and Google AdWords hearing that took place in Baltimore, Maryland. Of course the details of the hearing are not suitable for public disclosure, but the details of the Southwest airlines flight to and from Oakland international Airport to Baltimore, are.

First, I was lucky enough to find a nonstop flight from Oakland to Baltimore. If flying coast-to-coast is nothing short of miraculous, then flying coast-to-coast nonstop especially on a budget airline such as Southwest, is similar to being transported via the Star Trek Enterprises transporter system. When I got on the plane, I thought I would have time to review the documentation for the upcoming hearing. 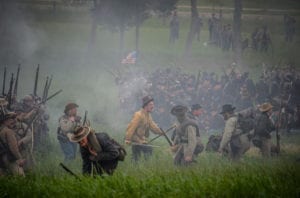 However, among the people who got on were a couple of friendly Canadians. I love Canadians, and I even have Canadians as clients. So it’s hard to be hostile when you’re sitting next to someone who is so friendly, not to mention during these times in which everyone in America jokes that we are all going to be moving soon up to Canada! So, rather than reviewing my materials for my expert witness testimony in search engine optimization, I had a very pleasant conversation with the Canadian grandmother who was taking her grandson, who was a US citizen, to the Gettysburg battle site.

I love history, and so she and I had a very interesting conversation about the differences between American and Canadian histories, for example how one of us has had a Civil War, and one of us has not.

When I touched down into Baltimore, having arrived from Oakland, within about five hours, I realized I had not looked at my materials at all. The hearing was the next day, and I was, of course, on the hot seat as the expert witness in search engine optimization and AdWords. However, the serendipity of the whole thing was not lost. By having a relaxed flight, I was able to sleep well that night, and when the hearing occurred the next day, I was not nervous.

Being an Expert: Means Knowing it Backwards and Forwards

I often forget to remind myself that I am an expert witness for reason, and having reviewed the materials once or twice, is often sufficient. I understand search engine optimization and Google ad words both backwards and forwards, and it was rather pleasant to explain how these things work to a federal judge. Mission accomplished.