You can make a lot of money by advertising online. Just ask Amazon. In 2017 their total marketing budget was just over $10 billion, and according to Digital Commerce 360 $451.2 million was spent on SEM (Search engine Marketing). 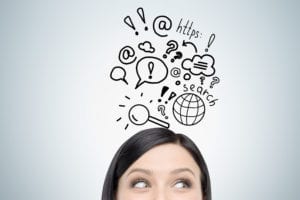 So yes, you can make a lot of money from Google Ads, but you can also lose a small fortune if you don’t do it right. And just as an aside here, if you think I don’t know what I am talking about because I should be saying “Adwords”, that’s not the case. Google changed it very recently, and it is now just Google Ads. As a Google Ads consultant, Bay Area, it’s my job to know these things.

After SEO, which is the free way to get clicks to your website, Google Ads can be a great way to achieve the same thing, even though you may not have a $451.2 million budget like Amazon. PPC (Pay Per Click) can be a major addition to your marketing arsenal.

You Don’t Just Want Clicks on your Advertising

However, you don’t just want clicks: you want clicks from people who are interested in what you are selling. This is where it is possible to go so wrong on Google Ads because you could spend a small fortune on clicks, but if nobody buys anything you are simply wasting money. As a Google Ads consultant, Bay Area, it’s my job to get you clicks that buy.

I actually work with clients from all over the US on Google Ads, many located in the Bay Area of course, but with the internet it doesn’t really matter where your business is physically.

You need to use the right keywords, especially buyer keywords, which are the keywords people use at the stage they are ready to buy, rather than just looking. Your ads also have to gain a good Quality Score which Google uses to place ads at the top of the page, but Google, as usual, don’t tell you what affects the Quality Score. You have to figure that out for yourself, but as a Google Ads consultant, Bay Area, I can help with that.

We also need to consider your budget and your bids. It is not just a case of putting in a high bid and hoping for the best. When someone clicks on your ad and lands on your website, your landing page has to be right, and I can help with that too. You need your clicks to convert to action.